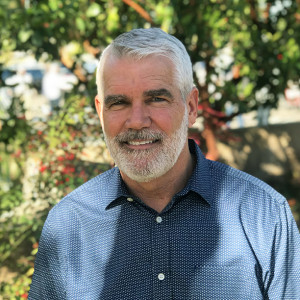 George trusted Christ as his personal savior at age 19. He was raised going to church in Nebraska but did not clearly hear the gospel of salvation until high school. As a freshman in college at the University of Nebraska, God used his roommate to lead him to Christ. He gave his life to Christ after understanding his sin before a holy God and his need for forgiveness. He started attending the Navigator’s ministry on campus where his faith was grounded. He later became involved with the Fellowship of Christian Athletes and Baptist Student Union.

Since 1993, George has been the Managing Director of the Orange County Branch for Ronald Blue & Co., a national wealth management firm. He currently serves on the board of The Master’s Program here in Orange County.