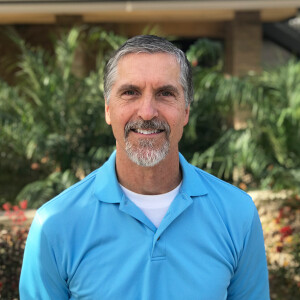 When he was young, Neil and his family attended church, but he drifted away in his teens. After some challenging relationship issues in his early 20’s, Neil began a search for new purpose and direction. At age 26, he asked Christ to be his Savior and began following Him. Neil has been blessed to have a few mature Christian men invest in him and model a healthy spiritual life to help him grow in his faith.

The Paur family has been coming to Calvary Church since 1993. Over the years Neil has served leading LifeGroups and classes, assisting with men’s and youth ministries, as well as Local Reach and teaching on stewardship. He previously served two six-year terms on the Elder Board.

Neil and his wife, Shameeron, were married in 1987 and have four children and one granddaughter. They enjoy being involved in their community to build relationships in addition to serving through Calvary. Since 2004, Neil and Shameeron have been taking groups to Mexico to build homes for the poor in the Tijuana area. More recently they have been engaged in some international outreach work. For fun, Neil enjoys playing racquetball and watching soccer.

As a profession, Neil has the privilege of coaching people on how to be strategic, generous and wise with money. He is a principal with a financial, investment, estate and tax advisory firm with a biblical stewardship focus.