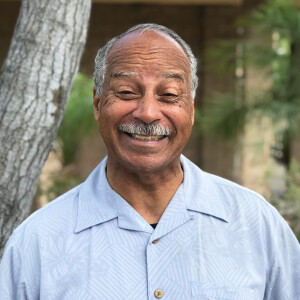 John joined the US Marine Corps at the age of 19. Shortly after Basic Training in San Diego he was befriended by a Christian family who shared their faith with him, and led him to the Lord. John was assigned to his duty station in El Toro. Being a new Christian, John wanted a Bible, so at his first opportunity, he boarded a shuttle bus to downtown Santa Ana. From the drop - off on 4th and Main and he found the Santa Ana Bookstore and a Bible. While waiting for the shuttle, he noticed the CSO (Christian Service Men’s Organization) sign and went in. It was there that he met Loren Griset, his father, “Popo” Griset, and John Kulisich, all men from Calvary Church of Santa Ana. These men mentored John, taught him from the Word and how to live for Jesus until he was discharged in 1966.

John and his wife, Margie, were married in 1966, and made their home in Los Angeles, returning to Orange County and Calvary in 1974. John is a retired 28 - year veteran of the Santa Ana Police Department, who joined the force in 1968. He was instrumental in organizing SAPD’s community relations division, introducing thousands of kids to DARE and youth-oriented programs through puppetry, enabling him to bring the gospel to community events and other churches.

During his years at Calvary, John has been a LifeGroup leader, served in Men’s Ministries, the Faithful Hands puppet ministry, the Preschool Ministry, and the Elder Board.