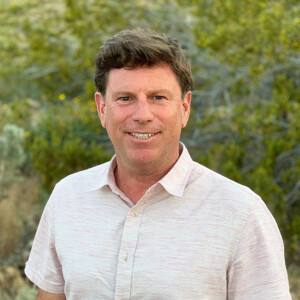 Dave was blessed to grow up in a Christian home with a faith heritage that goes back to his great, great-grandparents and their service in church. Dave accepted Jesus as his personal Savior at the age of 7 on Halloween evening and literally had hell scared out of him. His mother and father helped with the prayer and the life to follow. Dave continued to go to La Crescenta First Baptist Church, but with a new purpose after that. Much of his spiritual growth came at Grace Community Church and EV Free Fullerton while he attended Biola University.

Dave’s second best decision came when he married his wife, Patty, almost 33 years ago. The Brown family started attending Calvary Church of Santa Ana in 1989 and became members in 1991. The Lord blessed Dave and Patty with four children who have all accepted Jesus as their personal Savior. Dave has been involved with leadership in young family Sunday School classes, and is serving on the security team in addition to the Elder Board these last 3 years. He and Patty serve together in premarital mentoring, College Ministries and by leading small groups in their home.

Dave is a businessman and has worked in sales since 1987. He likes making his wife laugh, mountain biking, soccer (he still thinks Arsenal is better than Norm’s Manchester City), backpacking with his kids and dear friends.