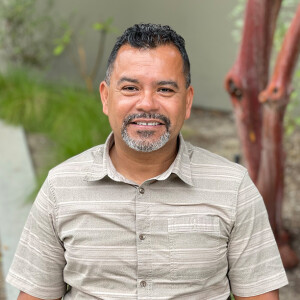 Marcelino was 15 years old in 1985 when his mom invited him to church for the first time, where he understood that he was a sinner and needed a Savior. He gave his life to the Lord, and after a while was baptized, publicly recognizing Jesus as his Lord and Savior. After this he went to live and study at a biblical institute for a year, where he learned how to preach the Word of God. At the age of 18 he came to the United States. Since then has served in different ministries in Orange County, including Calvary Church for almost 5 years where he has been involved with the Hispanic Ministry as a worship leader and teacher in Growth Classes and Men’s Ministry. This will be his first time serving as an Elder.

Marcelino has been working for 5 years as a manager in a distribution company of PVC products. He and his wife Olivia have been married for 30 years. They were blessed with a son and a daughter, who are now 29 and 24, and both are also active and serving in Calvary’s Hispanic Ministry. Marcelino loves playing guitar, riding his bicycle, and gardening at home.