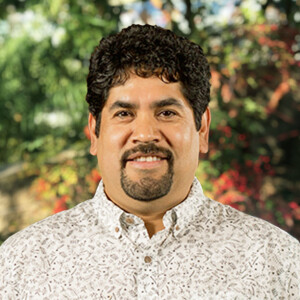 Antelmo is number 11 of 15 brothers and sisters. He was raised in Guerrero, Mexico and at the age of 15 came to America. He has worked  in construction and really enjoys what he does. At the age of 18 he married his wife, Maria. After three or four years of  marriage they began to have some problems and decided to attend church. They came to Manantiales de Vida, the original Hispanic congregation that was meeting on Calvary’s campus at that time. In 1995, both Antelmo and Maria surrendered their lives to Jesus and since that day they have see the grace of God  in their lives.

Antelmo and Maria have two daughters, Cynthia (23) and Kenia (18) and they have served the Lord together in many ways through Awana, lay counseling and supporting the pastors in Renovación, Calvary’s Hispanic ministry. Antelmo finds it a great privilege to continue to serve the Lord Jesus in any way the He has for him.