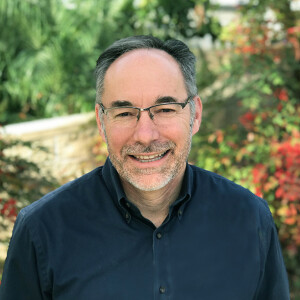 Norm became a Christian at the age of 16. Growing up with sporadic attendance at various churches, he realized he believed in heaven and hell but felt “fuzzy” about how to determine his eternal destination. God enabled him to settle the issue at a church service in 1978 when Norm fully yielded his life to Christ.

In 1985, Norm became a member at Calvary and married his wife, Susie, at Calvary in 1986. Norm has served in Nursery and Children’s Ministry, VBS, leading and teaching adult LifeGroups and discipleship classes, and weekend mission trips to Mexico. Currently, Norm and Susie are mentor/teachers of the Compass (Young Adults) LifeGroup. Norm previously served as an Elder from 2012-18, as well as for the last 3 years.

Norm works as a chief financial officer for small to mid-sized companies. By God’s grace and a truly amazing wife, Norm and Susie have raised three boys and a girl, all of whom are now young adults. Norm loves watching English Soccer, especially Manchester City.