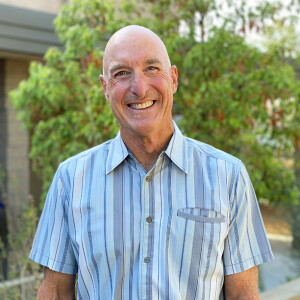 Greg first attended Calvary Church in 1990 after being invited by an employee. Searching for answers as to why he lost his mother to breast cancer as a child and father and brother to accidents by the age of 21, he began reading the Bible and taking an interest in the sermons at Calvary. After praying for the life of his unborn daughter during a pregnancy that was in jeopardy, Greg gave his life to Christ on July 22, 1992 after his daughter survived a very uncertain birth and was brought into this world through God’s saving grace.

Greg has been a volunteer counselor at Calvary for 13 years and has also served in children’s ministries. Greg has a love for Mexico and its people. He has been a part of numerous house builds, as well as leading short term missions teams to build a retaining wall for a church, perform outreach to families living at the Tijuana landfill, and serve the homeless and addicted in Zona Norte. Currently, Greg is the Executive Director of a faith-based organization called Up And Running Again. This nonprofit partners with rescue missions across the country, using running as a vehicle to give the formerly lost, homeless, addicted, abused, and incarcerated a gospel infused holistic health program of mind body and spirit by training for a half marathon. Greg loves having the opportunity to teach others how setting difficult goals can lead to a Christ fulfilled life.

Greg has three adult children and one grandson. He and his wife Liz were married here at Calvary Church 13 years ago and have a passion for endurance sports. There is a good chance you will see them running, biking, or swimming around Orange County as they train for their next marathon, half marathon, Ironman or some other endurance event.